Full Name
Dr. Mark Lombardi
Job Title
President
Company
Maryville University
Speaker Bio
Dr. Mark Lombardi is the tenth President of Maryville University and has served since 2007. During his tenure, Maryville University has more than tripled enrollment to over 11,000 students hailing from 50 states and 60 countries. Maryville is the second fastest growing university in the nation according to the Chronicle of Higher Education. Maryville University has been named an Apple Distinguished School for 2018–2021—marking the second recognition—for leadership and excellence in providing students with a high-tech, mobile learning environment.
During Dr. Lombardi’s tenure, Maryville has achieved national University status including being ranked in the top 15% of universities for ROI as determined by Educate to Careers. Maryville has also been honored with the NCAA Division II Presidents’ Award for Academic Excellence for the 4 out of the last 5 years—including one year in which Maryville was the only school in the U.S. with a 100 percent student-athlete graduation rate.
In addition to many boards, Dr. Lombardi currently serves as the Chair of the St. Louis Sports Commission and was recently named Chair of the NCAA Governors Board Committee to Promote Diversity and Equity. He has also served as a mentor for seven years in the NCAA Pathways program. Dr. Lombardi has given over 200 speeches and interviews to domestic and international audiences on leadership, innovation, the future of higher education and the international political scene. He is a noted author, publishing several articles and four books, one of which is in its 10th edition. He is also co-author of the recently released book entitled Pivot: A Vision for the New University.
Dr. Lombardi earned a PhD and master’s degree in political science and international relations from The Ohio State University and a bachelor’s degree in political science from Purdue University. 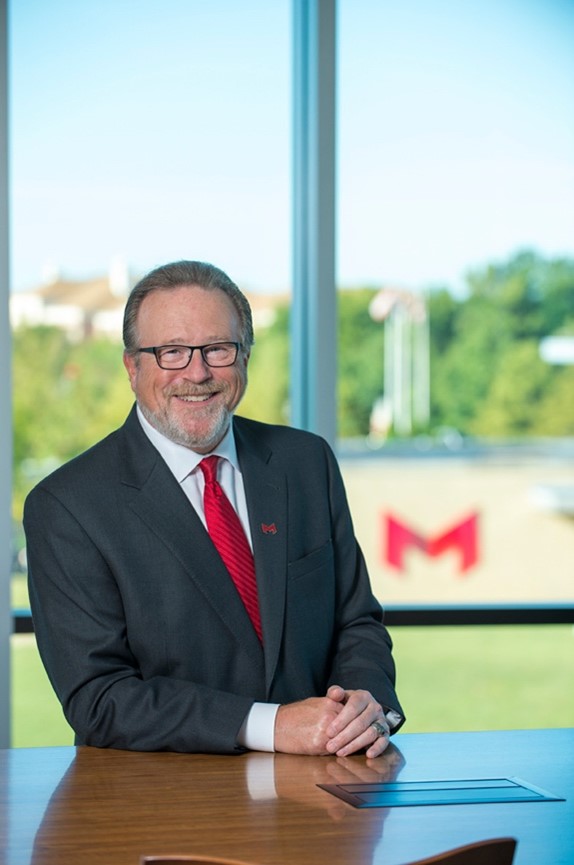